You are here: Home / Patient Safety and Satisfaction / Minnesota hospital makes strides toward a better menu 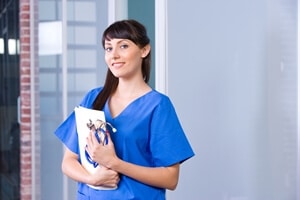 You may not think twice about your hospital food service in between your other daily responsibilities, but the fact of the matter is that patient satisfaction is becoming more about checking in on people during their stay. Now that medical facilities across the country are beefing up their menus, you’re going to need to consider doing the same in order to stay competitive.

One venue that’s doing just that is the Woodwinds Health Campus, a hospital situated just outside of Minneapolis. In order to boost patient satisfaction and keep up with other hospitals in the area, the facility has brought in Jesse Sturm, an experienced chef, according to WCCO-TV.

It was three years ago that the staff came clean and decided that their food just wasn’t cutting it. In exchange for the standard gelatin and bland menu options, the Woodwinds Health Campus recruited Sturm to help solve the problem. Now, patients have more variety than ever before as they look to the hospital’s menu during their stay.

“That is not what you expect at the hospital,” Sturm told the news source. “We’re trying to break some of the stereotypes of what’s going on in the hospital.”

Some new options that can be found on the menu include lemon cilantro rice, grilled pears and chicken. While it may not seem like a dramatic change, the staff and Sturm himself acknowledged that it’s a work in progress. Additionally, the new chef knows that the hospital will have to continue to evolve in order to stay competitive and meet changing demands.

How to stay on top
These days, there are multiple ways for hospitals to increase patient satisfaction, and more facilities are leaning toward making improvements to their hospital menus. However, this isn’t the only step that needs to be taken to see a dramatic change in the attitudes of patients.

For example, the American College of Emergency Physicians stated that mentoring the existing staff, as well as new employees, is critical to ensure that everyone is working to improve patient satisfaction. It’s also crucial for individuals to maintain open lines of communication with patients and keep them in the loop. This can boost their overall experience and keep them coming back for more.

Whether your establishment is aiming to overhaul its menu or make small improvements across the board, these key tips can help your facility reach its goals.