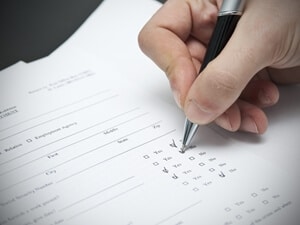 If you work in hospital food service, it’s important that you stay on top of all the latest trends in the industry. Recently, Food Service Director magazine conducted its annual Hospital Census, which combined data from 123 hospitals to create a report on food and beverage purchase trends. The census showed that patient satisfaction scores are on the rise, and some hospitals’ food service workers remain unsure about the impact the Patient Protection and Affordable Care Act will have on their business.

The report also discovered that hospital operators aren’t sure what effect the ACA will have on their food service programs. For example, 37 percent said that they don’t know enough about the law to determine the impact it will have. This suggests that people who work in food service management should educate themselves about what the ACA could mean for them.

Working to improve satisfaction
According to the report, the food service plays a major role in the Hospital Care Quality Information from the Consumer Perspective Survey, so hospitals have begun working hard to improve their menus and boost their patient satisfaction scores.

The HCAHPS contains 21 patient perspectives on care. While many hospitals conduct their own patient satisfaction surveys, the HCAHPS is designed to be the national standard for collecting or publicly reporting patients’ opinions on the quality of care they receive, and how they viewed the hospital as a whole – from the quality of food to how quiet the facility is.

Sixty-nine percent of directors said they have made major changes to their food service programs in response to the HCAHPS. Most of these changes involved upgrading the menu or improving staff training.

Food Service Director magazine also asked respondents which meal they thought has the greatest retail growth potential, and most of them said lunch. However, 48 percent said they expected breakfast sales to increase.

Finally, 65 percent of hospitals reported a bump in retail meals and transactions in the past two years.