You are here: Home / Diet and Nutrition / Diabetic-friendly foods to add to your hospital menu 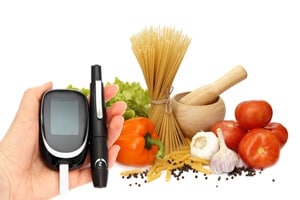 Working in hospital food service, you likely know how important it is to provide patients dealing with certain dietary restrictions with a number of options on your hospital menu. It’s also especially important to feature meals that cater to diabetic patients, since a growing number of Americans may end up the in hospital as a result of the health complications that accompany it.

According to the American Diabetes Association, nearly 26 million Americans have diabetes, and 1.9 million new cases are diagnosed every year. This is why it’s so important for people who work in hospital food service management to know what the best foods are for people with this condition, and what should be avoided. If you’ve been finding that your hospital menu doesn’t feature a sufficient number of items for your diabetic patients, consider adding some of the following options.

Vegetables
Reader’s Digest explained that diabetics should be filling their plates with vegetables whenever possible. Not only are veggies packed with vitamins, minerals and fiber, but eating more of them at mealtime could help diabetics eat less simple carbohydrates that could cause spikes in blood sugar. When choosing veggies for a diabetes-friendly meal,  try to avoid choosing too many starchy ones – such as potatoes, corn and peas – that tend to have more calories than other vegetables.

Fruit
Chances are diabetic patients may not want to eat a lot of vegetables right when they wake up in the morning, which is why fruit may be a better option to serve up with breakfast. Fruit is also filled with vitamins and minerals – but there’s a catch. Because fruit tends to have more sugar in it than vegetables, it’s important for diabetics to closely monitor their sugar intake while consuming it. Fresh fruit is always the better choice rather than canned varieties, which contain more sugar. Pair fresh fruit in the morning with healthy, low-sugar cereals made with whole grains.

Heart-healthy fish
The Mayo Clinic recommended that diabetics consume heart-healthy fish such as cod or halibut since they can be a great alternative to red meat. It’s important for diabetics to not only avoid sugar, but fat as well – especially if they have Type 2 diabetes, which is often brought on as the result of maintaining an unhealthy diet. The Mayo Clinic also suggested salmon, mackerel, tuna, sardines and bluefish, which are rich in omega-3 fatty acids that have been shown to potentially benefit the heart.

Foods to avoid
While the foods mentions above are all good choices for people with diabetes, you may want to make a note on your hospital menu of items that could pose a health threat to diabetics.

For example, white flour and fried foods should be avoided. Furthermore, it’s important to be careful about how you prepare meals for diabetics. You don’t want to serve vegetables covered in butter or cheese, or fruits topped with powdered sugar.

A diet that’s healthy for diabetics tends to be one that will be good for all other patients in a hospital as well. If you’re creating healthy, low-fat meals in your hospital kitchen, chances are you’re serving food that will suit the needs of people with diabetes.